closer to the reason 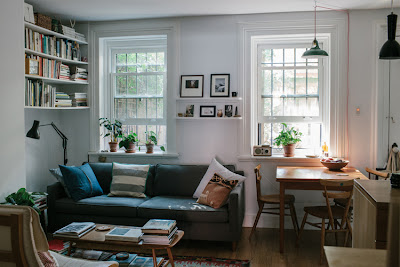 What made Madeleine sit up in bed was something closer to the reason she read books in the first place and had always loved them. Here was a sign that she wasn’t alone. Here was an articulation of what she had been so far mutely feeling. In bed on a Friday night, wearing sweatpants, her hair tied back, her glasses smudged, and eating peanut butter from the jar, Madeleine was in a state of extreme solitude. The Marriage Plot, Jeffrey Eugenides

Posted by erica lorraine scheidt at 11:53 AM No comments: 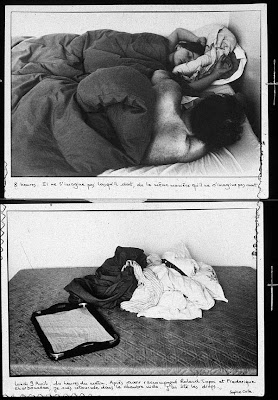 CALLE: He began by telling me that he loved my work but that many of my shows looked like open books on the wall.
NERI: That’s a provocative criticism to make to an artist who has always worked with words and images. You are a distinctive writer, much admired in literary circles.
CALLE: Daniel [Buren] said this after he visited my house and saw my walls [The walls of Sophie’s house in Paris are adorned with groupings of artworks and artifacts]. He thought they were more playful and free than many of my shows. His criticism wasn’t about my writing—it was that for many works, I chose one format and repeated it many times. He wanted me to be less strict. As a result, I had much more fun in Venice. I played so much that I was even afraid to be too much like a student who wants to experiment with everything! Sophie Calle with Interview Magazine
Les Dormeurs, 1979, Sophie Calle
Posted by erica lorraine scheidt at 11:04 AM No comments:

in which a heart

I’m looking for fiction in which a heart struggles against itself, in which the messy unmanageable complexity of the world is revealed. Sentences that are so sharp they cut the eye. Junot Diaz, Boston Review Writer's Guidelines

Posted by erica lorraine scheidt at 6:27 AM No comments:

i made up ice bats 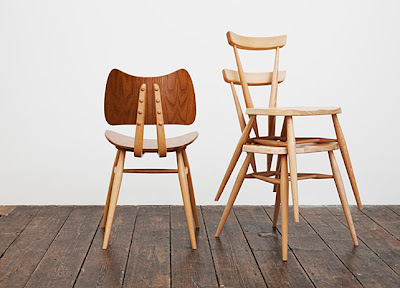 On writing: “we’re talking about the struggle to drag a thought over from the mush of the unconscious into some kind of grammar, syntax, human sense; every attempt means starting over with language. starting over with accuracy. i mean, every thought starts over, so every expression of a thought has to do the same. every accuracy has to be invented. . . . i feel i am blundering in concepts too fine for me.”
On ice bats: “I made up ice bats, there is no such thing.”
On teaching: “when i began to be published, people got the idea that i should ‘teach writing,’ which i have no idea how to do and don’t really believe in. so now and then i find myself engaged by a ‘writing program’ (as at nyu, stanford) and have to bend my wits to deflect the official purpose.”
On contradiction: “i realize all this sounds both chaotic and dishonest and probably that is the case. contradiction is the test of reality, as Simone Weil says.” Anne Carson in the NYT
Chairs: Margaret Howell; Designed in 1957 by Lucian R. Ecolani
Posted by erica lorraine scheidt at 8:50 PM No comments: 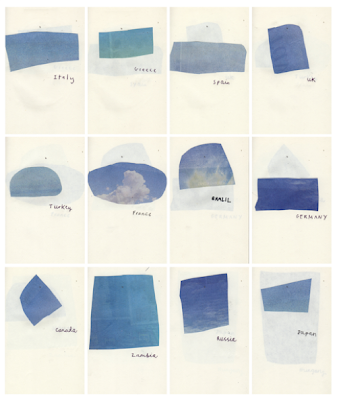 I would say to get the character in your mind. Once he is in your mind, and he is right, and he’s true, then he does the work himself. All you need to do then is to trot along behind him and put down what he does and what he says. It’s the ingestion and then the gestation. You’ve got to know the character. You’ve got to believe in him. You’ve got to feel that he is alive, and then, of course, you will have to do a certain amount of picking and choosing among the possibilities of his action, so that his actions fit the character which you believe in. After that, the business of putting him down on paper is mechanical. William Faulkner via the gf

Joseph Pielichaty’s Blue Skies via Vic
Posted by erica lorraine scheidt at 11:15 AM No comments: