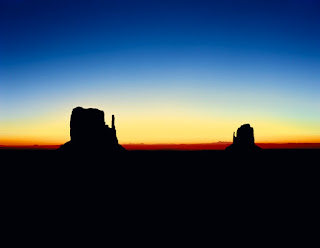 Families are weird. Andrea Seigel gets that. She writes these pitch perfect imperfect characters navigating a sort of it-only-makes-sense-if-you're-related-to-us family dynamic. I found her book, The Kid Table, because Meg Rosoff recommended it and, well, she hasn't steered me wrong yet.

RQD: What are you working on now?
Andrea Seigel: Right now I'm working on screenplays more than books, so I'm writing a script about a new suburban community that starts up out in the desert and the teenagers that attend its very, very small high school.  The main character is romantic to a fault even though she's never really had a serious love in her life- extreme romanticism has always interested me because of the divide between the way romance plays out on TV and movies and even in your head, and then the forms it might actually take in your real life. I'm also interested in the idea of a group of people who take a lot of meaning from the initial smallness of their group, which makes it special, and then following to see what happens when more and more people start to come in and dilute that club.
RQD: What about other influences?
AS: The album "Late For The Sky" by Jackson Browne wrecks me, but it also puts a really clear universe into my head, and if I could translate the feel of some of those songs into writing, I'd be amazed with myself. Thomas Kinkade is a big one for me. No, just kidding. There's a photograph by Matthew Spiegelman called "Reconstruction Florida" that I've loved and wanted for years, but can't afford. Oh, and Ralph Lauren's furniture. When I look at ads with rooms staged with his stuff, I get this feeling like I could get a ton of work done if I could just be inside them.
RQD: What book, story or poem do you return to over and over?
AS: I'm not really big on returning to things because I don't have the patience for it, but the two books I can say that I've uncharacteristically read through more than once are Catcher In The Rye and John Irving's Hotel New Hampshire.  Catcher because I'll pull it out to soothe myself with the existence of a really popular book that's loose on plot, and Hotel because Irving is so intensely great at plotting (I'm not) that I like to go back and marvel at how that book is put together.
RQD: What are you reading now?
AS: I just got Meg Rosoff's new book There Is No Dog in the mail, so I'm starting on that today.
RQD: What did you read as a kid? What is its impact on your work now?
AS: As a littler kid I read a ton of Babysitter's Club, Sweet Valley High, Nancy Drew. I'm sure they had something to do with my favoring getting to know a character over everything else because I kept returning to series- I was more interested in tracking friendships and relationships than I was in whatever dilemma was contained within whichever individual book. And I'm sure that led right into my adult attraction toward soap operas, serial shows, and Us Weekly. I like the intricacies of personalities and smaller interactions more than I care about big external events.
Photo: Blood Meridian or the Evening Redness in the West [after Cormac McCarthy] 2010 by Matthew Spiegelman

Posted by erica lorraine scheidt at 9:07 AM

Email ThisBlogThis!Share to TwitterShare to FacebookShare to Pinterest
Labels: the tuesday interview, writers

these interviews are awesome.the inspiration and the music - the way you uncover the who.

i love what you do. and what you're doing.