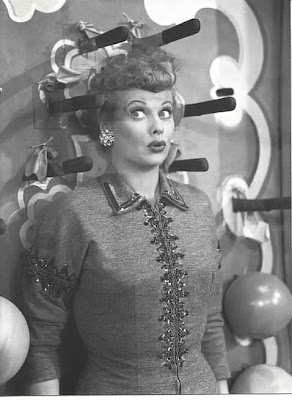 I met San Francisco writer, Kara Levy at a Peter Orner reading at Dog Eared Books through another writer friend, Cora Stryker. The reading was for JoyLand Magazine where Kara is the SF/Bay Area editor. Later, after another reading, we talked about what we say when people ask, "what do you write about?" Kara sometimes says, "sickness and the body." Well, they don't usually ask again after that.

RQD: What are you working on? What interests you about these characters?

Kara Levy: Right now I'm working on a novel — it's a sort of humorous adventure novel that follows a self-proclaimed journalist-turned-Professional-Sick-Person on an unlikely quest to find a cure for Crohn's Disease. Crohn's Disease isn't curable (yet), but the novel involves a fake medieval-style pilgrimage, battle reenactments, a few infidelities, some madcap teenagers, and a lot of capes and baubles in the characters' quest to see if it could be. It's as much about these characters' quest to find a cure for something incurable as it is about their beliefs (or lack thereof) that the impossible could be possible, through belief or friendship or will or something we can't even understand. As an optimistic skeptic, that's a theme that interests me a lot. I'm also polishing up my finished story collection, Doctors of the Natural World, which examines issues of illness and the body too. In that book, the recurring question seems to be, "What choices do we make after the body makes choices for us?" I spend a lot of energy trying to convince people it's not depressing. I guess you'll just have to read bits of it to believe me.

RQD: What art or artists interest you?

KL: I feel like I've been hugely influenced by standup and screen comedians: Bill Cosby, Eddie Murphy, Lucille Ball, George Carlin, and so on. There's so much more than humor behind those performances — and performers — than meets the eye. I'm really interested in comedy for what it can do to express real things about our experience, sometimes more than theater or performance that purports to be serious. I also love medieval art, particularly architecture. You'll see a lot of that showing up in my novel. Is it appalling to say that I wrote a whole story in my collection while listening to an Akon song on repeat? Truth: That happened. Akon knows things.

RQD: What book, story or poem do you return to over and over?

KL: Oh, geez, so much. Lorrie Moore's Self-Help is inescapable for me. I think I have two copies of it, for some odd reason. I also love Andre Dubus's story "Fat Girl," and go back to that often. I've reread Calvino's If on a Winter's Night a Traveler many, many times and I always learn something new, particularly about structure (which is not a strength of mine). In recent years I've found myself often revisiting a Wells Tower story, "Everything Ravaged, Everything Burned." It's the title story of his collection, and I think it's so brilliant. It's the perfect storm of humor and pain and character and story. He takes the unfamiliar and makes it so familiar it's almost disorienting. I wish I could figure out how to write anything even closely approximating it.

RQD: What are you reading now?

KL: I'm reading Eric Puchner's Model Home. A friend recommended it to me, and I'm really enjoying it. I also just started Erik Larson's In the Garden of the Beasts, also on a friend's recommendation. I find fictional-style retellings of history fascinating. It reminds me a little of a book I loved in high school, Alison Weir's The Six Wives of King Henry VIII. I remember thinking it was such a revelation that history could be communicated so compellingly. (No offense to my high-school history teachers, who were also, of course, totally compelling.)

RQD: What did you read as a kid? What is its impact on your work now?

KL: As a kid I loved Roald Dahl, but I don't think I realized until much later in life just how dark he really is. I also liked the Madeline l'Engle books, and then, when I got to middle school, I decided on A Separate Peace as my favorite book. Tortured, woeful Funny! Common theme: I reread it as an adult and was like, Wait, what? I think I saw impact as a different thing back then. The impact was a lot, lot less reading it fifteen years later. Sometimes it's interesting to go back and revisit things you've always held up so high, you know? Sometimes they're just as you remember them, but for different reasons, and sometimes the distance shows you how much your taste has changed, or your threshold for certain types of narratives.

Email ThisBlogThis!Share to TwitterShare to FacebookShare to Pinterest
Labels: the tuesday interview, writers